Handcrafted wines from the Lucchesi Family. 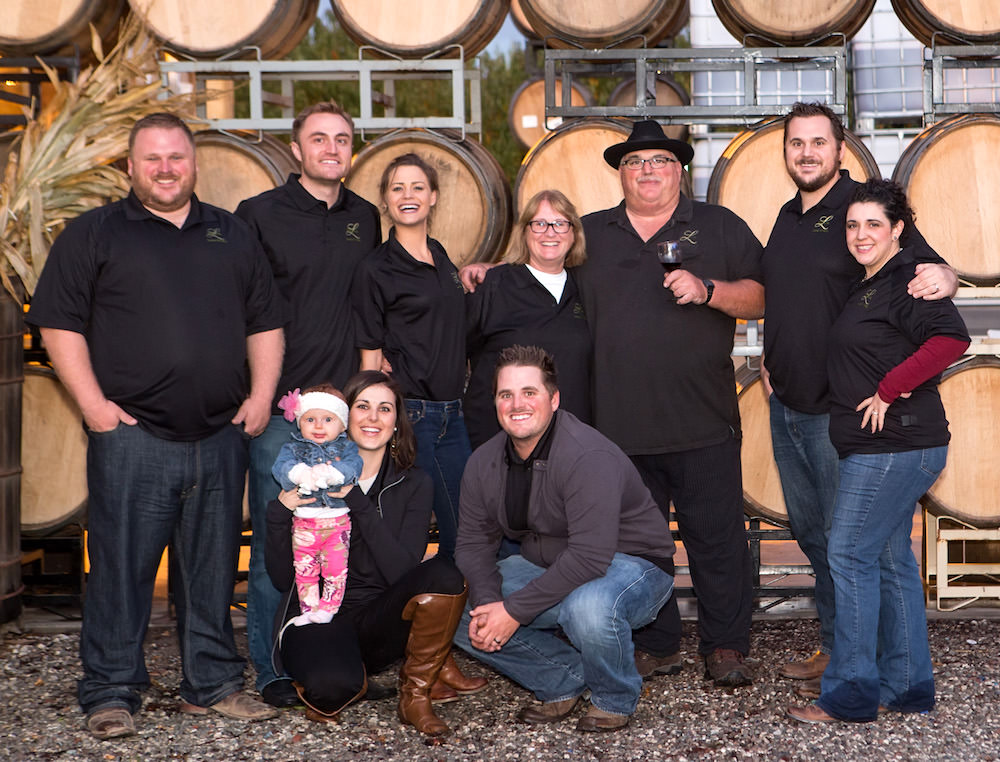 Dionisio Lucchesi immigrated from Italy, and landed in Oakley, a small farming community in the Delta region of the Central Valley.  He purchased land along O’Hara Avenue and planted grapes, almonds, and apricots.  His love of the land and his passion for farming were passed to his son, Guido, who continued as caretaker for the trees, vines, and the sandy soil in which they grew.  During Guido’s tenure, the apricots and almonds were harvested and sold, but a small portion of each grape harvest was retained for his own venture into homemade wine.  Without any formal training, Guido created wines from his zinfandel grapes that he shared with his family and friends.

In 1990 Guido’s son, Alan, took over stewardship of Lucchesi Family Farms.  He expanded the operation to include over 400 acres of vines.  Alan shared grapes harvested from his Oakley properties with his brother, Mark, an almond and peach farmer in Ripon.  Mark began making small batches of wine to share.  After a number of years, his production increased, and he began experimenting with blends.  Mark’s interest in crafting and perfecting his homemade wine culminated in Lucca Winery.

Grape vines grown in the sandy soil in and around Oakley have the advantage of being of forced to reach deep into the earth for water and nutrients, thereby creating grapes that are deep in flavor.  The climate in Oakley fluctuates between the warm days of summer, and the cool Delta breezes.  The soil and climate coalesce to produce the fine wines of Lucca Winery.

6 Bottles, Get 10% OFF with promo code SIXPACK

Wine must be purchased in 6 bottle increments.